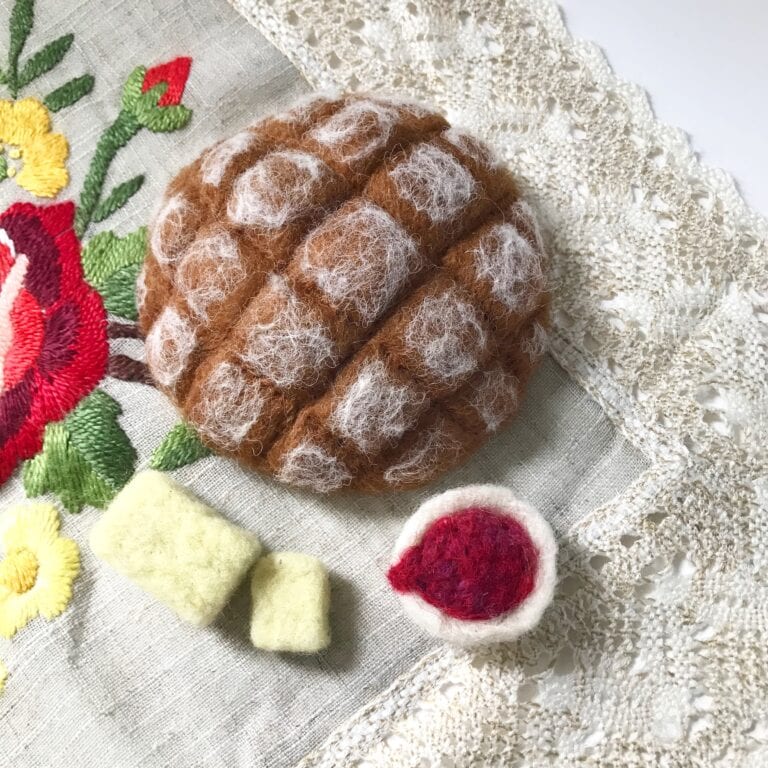 The memory of freshly baked pumpernickel bread with homemade butter and jam was a staple during the summers I spent as a teenager on my grandparents’ organic farm in rural Russia. The bread, packed in large burlap sacks, was delivered in a wooded horse cart pulled by a slowly moving horse. My younger cousin and I would hang out near the store a couple of hours – to keep our place in line — before an outline of the horse and cart appeared on the horizon. Each person was allowed to buy two loaves of bread. We would run back to the house with four loaves in hand, fighting the temptation to dig our teeth into a soft texture, but waiting to smear our grandmother’s homemade butter (which she made by vigorously shaking a 3-liter glass jar filled with cream while watching TV) and jam was worth it.

Mia is a fiber artist based in Portland, ME. She’s been needle felting for over 10 years. Her first 3D flower took more than six hours to make, but the intricate work did not stop her from pursuing the craft further. Instead, it unexpectedly opened a door for her creative…